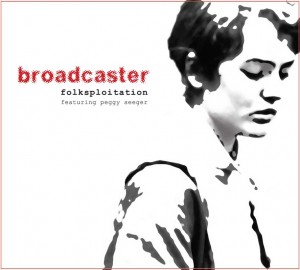 Here’s what others are saying:

“It’s got under my skin and I think it’s utterly beautiful”  Dave Gorman, Absolute Radio

“This is sublime….. Seeger seems to be singing to us from the end of time itself – (the video) gives me goosebumps every time I watch it.” Spiral Earth

“Folksploitation has already ignited a whole new wave of interest in the woman whose voice cuts like the chant of a shamen across Broadcaster’s edgy techno beats with all the wisdom of the ages. It’s an utterly absorbing and frequently exhilarating experience. ….. Folksploitation is a thrilling, hypnotic experiment which Seeger’s die-hard fans will probably approach with trepidation. But ultimately, it’s a surprising triumph for this redoubtable singer’s capacity to push the boundaries and make her listeners think again.” Cry Me A Torch Song Blog

“(First Time Ever is) one of the most hypnotic dance tracks of the year …. It’s an emotional vocal performance from Seeger and it just gives this track to w whole other level as the two elements just compliment each other so fantastically.  This is such a vibrant and energising track that will be tearing up dance floors in clubs up and down the country. But it’s such a fantastic experimental track that really delivers so much more than you expect it to – one of the best singles of the year so far.”   Female First.co.uk

“It shouldn’t work but it does.”  Indie London

View all posts by redgrapemusic →