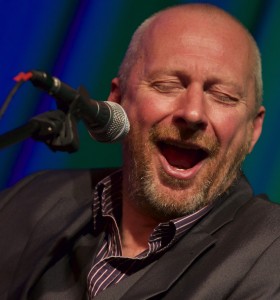 Writing the day after the incomparable Prince died, it’s safe to say that 2016 has already seen the loss of some of the world’s best and most original established musicians, and it’s still only April.  On a personal note, we’ve lost one of our closest friends, Colin Vearncombe aka Black, who died in January following a car accident from which he never recovered.  Not only was Colin a very dear friend, we’ve also had the pleasure and privilege of working with him in various capacities over the past 20 or so years.   Calum MacColl has been his musical sparring partner/brother-in-arms in the studio and on the road, variously as his co-writer, producer and right hand man on stage.  Kerry Harvey-Piper joined the team in 2012 as Colin’s manager, overseeing new recordings (including 2015’s glowingly reviewed ‘Blind Faith’) and the re-emergence of Colin as a successful touring musician.

In February, instead of putting the finishing touches to the Spring Tour which had been shaping up to be his longest UK tour for over 10 years, we were organising his public memorial service.  We will always miss you, Colin, but thank you for the wonderful music, the conversation, the laughs, the challenges and the whisky.