Jake and the hugely talented John Parker played a private gig at the Paramount Club on the 32nd floor of London’s Centre Point.

It was a very clear night so the views from the glass walled bar were astounding on both sides – Oxford Street all lit up with Christmas lights on one side, and a view all the way from St Paul’s  down to the London Eye on the other.

I tried to capture the view on my phone, but it turned out pretty rubbish but you’ll get an idea of the view. 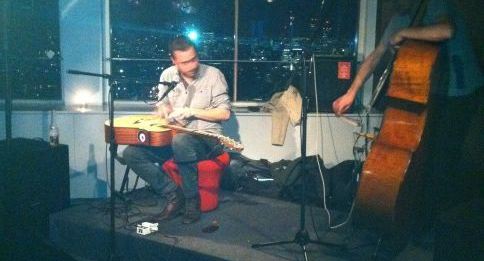 View all posts by redgrapemusic →